The above white paper link dataset compilation of the Drone Resources 2019 Subject Tracer™ by Marcus P. Zillman, M.S., A.M.H.A. is a freely available 15 page .pdf document (651KB) listing the latest and greatest online resources and sites for drones! Complete Update Including All Links Validated on April 29, 2019. Other white papers are available by clicking here.

Signum – Keep Track of the Emergence of New Trends and Hypes

Signum – Keep Track of the Emergence of New Trends and Hypes
https://signum.ai/hype/

The May 2019 V17N5 Awareness Watch Newsletter is a freely available 35 pages .pdf document (708KB) from the above URL. This month’s featured report covers Online Research Browsers 2019 and is a comprehensive listing of selected online research browsers tools and sources including search engines, directories, subject guides, tracers and index resources and sites on the Internet available for the 2019 year. The below list of online research browsers tools and sources is taken partially from my white paper titled Online Research Browsers 2019 and is constantly updated with my Subject Tracer™ bots at the following URL: https://www.zillman.us/white-papers/online-research-browsers/. These resources and sources will help you to discover the many pathways available through the Internet to find the latest online research browsers research, resources, sources, tools and sites. As this site is constantly updated it would be to your benefit to bookmark and return to the above URL frequently. The true way to search the Internet and social media for these resources, sources and tools is to use the below listed tools and resources and include the deep web. These resources will be your pathfinder to all the important and ever changing 2019 online research browser tools for navigating the Internet!! The Awareness Watch Spotters cover many excellent and newly released annotated current awareness resources, sources and tools as well as the latest identified Internet happenings and resources including a number of really neat and must-have tools! The Awareness Watch Article Review covers Data-driven Models of Governance Across Borders: Datafication From the Local to the Global by Payal Arora, Hallam Stevens.

The above white paper link dataset compilation of the Green Files 2019 Subject Tracer™ Information Blog by Marcus P. Zillman, M.S., A.M.H.A. is a freely available 21 page .pdf document (661KB) listing the latest and greatest online resources and sites for the environment and all things green! Complete Update Including All Links Validated on April 26, 2019. Other white papers are available by clicking here. 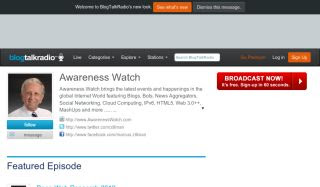 This program will be featuring my just updated 16 page white paper Manage Information Overload Resources 2019. We will be highlighting the latest and greatest resources and sources for managing overload resources including world wide web resources, sources, tools, sources, search engines, subject directories, articles, guides and tracers….literally everything on the Internet covering MANAGING INFORMATION OVERLOAD!! We will also be discussing my latest freely available Awareness Watch Newsletter V17N4 April 2019 featuring Knowledge Discovery Resources 2019 as well as my freely available April 2019 Zillman Columns highlighting eMarketing MiniGuide 2019. You may call in to ask your questions at (718)508-9839. The show is live and thirty minutes in length starting at 2:00pm EDT on Wednesday, April 24, 2019 and then archived for easy review and access. Listen, Call and Enjoy…. 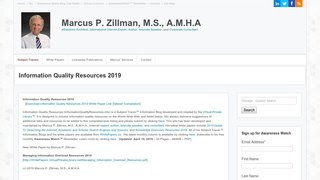